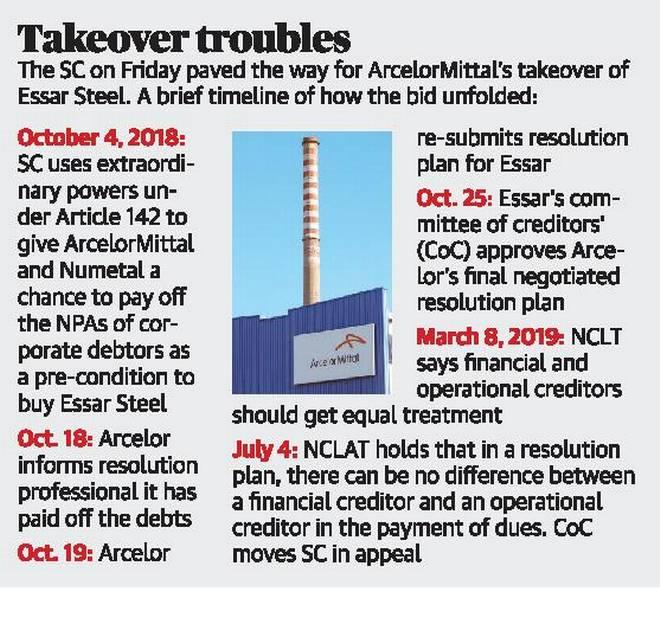 The Supreme Court has recently given its judgement in the Essar Insolvency case.

The Judgement has paved the way for ArcelorMittal and Nippon Steel to take over debt-laden Essar Steel.

What is the background?

What are the highlights of the judgement?

What are the likely impact of the judgement?

How is Insolvency Resolution Process in India?

The Corporate Insolvency Resolution Process (CIRP) process includes necessary steps to revive the company such as raising fresh funds for operation, looking for new buyer to sell the company as going concern, etc. The CoC takes a decision regarding the future of the outstanding debt owed to it.

The resolution plan can be implemented only if it has been approved by 66% of the creditors in the CoC. In the event a resolution plan is not submitted or not approved by the committee of creditors (COC), the CIRP process is deemed to have failed. In such a situation the liquidation proceedings commences subject to the order of the tribunal.